Who is Georges Ibrahim Abdallah, the oldest political prisoner in Europe?

On 25 October, Georges Ibrahim Abdallah will begin his 37th year as a prisoner. This communist activist and resistance hero of the Palestinian cause has been imprisoned in Lannemezan, France, since 1984. Technically, he could have been released at any time since 1999.

Who is Abdallah, whose name haunted France in the 1980s? As the leader of a Lebanese Marxist organisation, he was sentenced in 1987 to life imprisonment for alleged complicity in the assassination in Paris of an American and an Israeli, both of whom were diplomats.

According to his support committee, Abdallah is a victim of judicial harassment under foreign pressure. Although he has been denied such status, he is one of the oldest political prisoners in the world. His continuing detention far outstrips Nelson Mandela’s term behind apartheid bars, or that of the activists of the German Red Army Faction. Indeed, no convicted Nazi was ever detained for so long except for Rudolf Hess, Hitler’s deputy.

Georges Ibrahim Abdallah was born into a Christian Maronite family in 1951 in Qoubayat, a large village in northern Lebanon; his father was in the army. The young Abdallah became a secondary school teacher and was transferred to Beirut where he sympathised with the pro-Palestinian and Arab nationalist circles, which at the time were steeped in Marxism. After the beginning of the civil war in Lebanon (1975-1990), he joined the Popular Front for the Liberation of Palestine (PFLP) and then a small organisation called the Lebanese Revolutionary Armed Factions (LRAF).

Several murderous actions were attributed to the LARF at the beginning of the 1980s, including the assassinations in Paris in 1982 of Lieutenant-Colonel Charles Ray, the Deputy Military Attaché at the US Embassy in France, and Yacov Barsimantov, the Second Counsellor at the Israeli Embassy. They were also accused of the 1984 assassination in Rome of US Admiral Leamon Hunt.

Abdallah was arrested in Lyon in October 1984 by chance. Residing in Switzerland at the time, he had gone to France to collect the deposit for a rented apartment. The police discovered him carrying a forged Algerian passport and arrested him.

A poster reading “Freedom for Georges Abdallah” is placed near razor wire on the gate outside the prison in Lannemezan, southern France, on October 25, 2014 [LAURENT DARD/AFP via Getty Images]

If he is recognised as an important member of the LARF, his personal involvement in the group’s attacks has never been established and the charges against Abdallah are limited to the use of forged documents. According to some, the US and Israeli authorities exerted pressure on France to increase his sentence. In the first instance, he was sentenced to four years in prison.

The group’s members responded to his imprisonment by demanding his release. In order to make themselves heard, they kidnapped French diplomat Sidney Gilles Peyroles on 23 March 1985 in Tripoli, north Lebanon. The Directorate of Territorial Surveillance (DST) agreed in principle immediately to a swap via Algeria. The LRAF accepted the deal and the diplomat was released after thirteen days. Abdallah was not so fortunate. In a flat for which he was paying the rent, the French police discovered explosives and weapons at the time of the deal, including the gun believed to have been used to kill Ray and Barsimantov three years earlier. Georges Abdallah was then charged with complicity in their killings.

Another trial opened on 23 February 1987 before a special assize court in Paris. The United States filed as a civil party. The previous year in France had been marked by a wave of bloody attacks which left thirteen dead and hundreds wounded. None of them could, in any way, be attributed to Abdallah, who had been in prison for two years at the time. A pro-Iran “Committee of Support with Arab Political Prisoners of the Near East” (CSPPA) claimed responsibility. Nevertheless, Abdallah was sentenced to life imprisonment. “If the people have not entrusted me with the honour of participating in these anti-imperialist actions that you attribute to me,” he told the court, “at least I have the honour of being accused of them by your court and of defending their legitimacy in the face of the criminal legitimacy of their executioners.”

According to French law, Abdallah could have been released ever since 1999. Between 2004 and 2020, nine parole requests were refused. A statement by the DST addressed directly to the judges in 1999 said: “An emblematic figure in the anti-Zionist struggle, the release of Georges Abdallah would undoubtedly constitute an event in Lebanon. He will probably be celebrated as a hero on his return to his country, but also by different movements engaged in revolutionary struggles.” It is significant that his role as an “anti-Zionist” was highlighted.

In February 2012, Lebanese Prime Minister Najib Mikati visited Paris where he asked the French authorities to release his compatriot whom he described as a “political prisoner”. If the Sentence Enforcement Court, which has jurisdiction over terrorist crimes, had pronounced a favourable opinion on the request, it would have been conditional on his subsequent deportation from French territory. According to Wikileaks, the then Minister of Foreign Affairs Laurent Fabius received a call from his American counterpart Hillary Clinton asking him not to release Abdallah. Interior Minister Manuel Valls duly refused to sign the deportation order.

Several French organisations support Abdallah’s release, including the French League for the Defence of Human and Citizen Rights, the Association France-Palestine Solidarité and the French Jewish Union for Peace, as well as left-wing and extreme left-wing political parties. On 31 August, a campaign was launched on social media, #MacronLibérezAbdallah (“Macron, free Abdallah”). This coincided with the arrival of French President Emmanuel Macron in Lebanon for a second visit in the wake of the Beirut port explosion on 4 August. The campaign encouraged a rally in front of the French Embassy in the Lebanese capital while Macron was in the city. On 6 August, in response to those in Beirut who called out to Macron for the release of Georges Abdallah as he passed by, the French leader mimed, “He must sign!” with a hand gesture. No details about the identity of the mysterious “he” were provided.

According to his supporters, George Ibrahim Abdallah is being kept in prison deliberately, for political reasons. “What he is accused of today are purely his political convictions,” explained Tom Martin of the Palestinian Prisoners’ Solidarity Network, Samidoun. “The DST’s note reveals that the reasons for his continuing imprisonment are political, not legal. This is a scandal because France is praised as a country of human rights.”

The campaign in support of Abdallah is growing. According to Martin this is because he embodies resistance and resilience. “He is an anti-imperialist and he is communist figure, and his struggle is also passed on to other generations. He became a figure in the Arab world of resistance, both against the Israeli invasion of Lebanon and against the occupation of Palestine.”

Martin visits Abdallah on a monthly basis. “He maintains a fighting spirit. He is a communist activist for the Palestinian cause. He remains what he has always been, a straight, upright and gracious man. He refuses to bow his head to the French, Israeli and American pressure.”

According to his support committee, Abdallah himself regards his detention to be political. “Legal channels have become political farces,” Martin pointed out. “Abdallah prefers to rely on the movements and support of civil society. He refuses to respond to the press, and prefers his supporters to express themselves because he considers himself to be a political prisoner. His task is to affirm a political line.”

According to the activist, Abdallah is holding firm thanks to his deep convictions. “He reads a lot and is interested in political news in France as well as in Palestine. He draws his strength from the support he receives. The mobilisation of the Yellow Vests was a source of encouragement for him. And the Great March of Return protests in Gaza to demand the end of the [Israeli-led] blockade.”

George Ibrahim Abdallah’s support committee is planning a rally on 24 October in front of the prison where he is detained. A film has been made which retraces his struggle; Fedayin is due to be released soon. 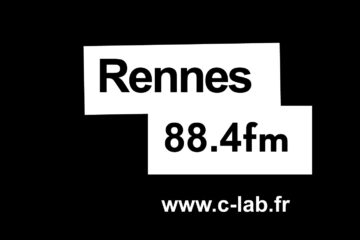